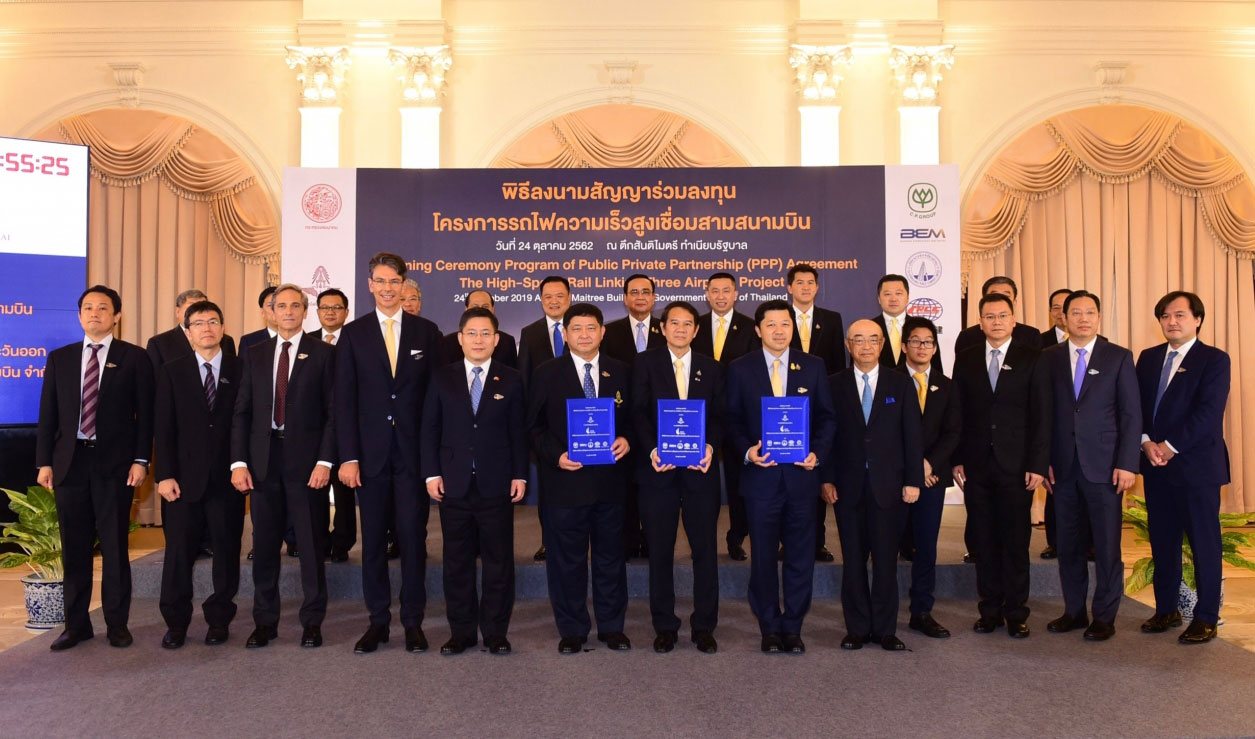 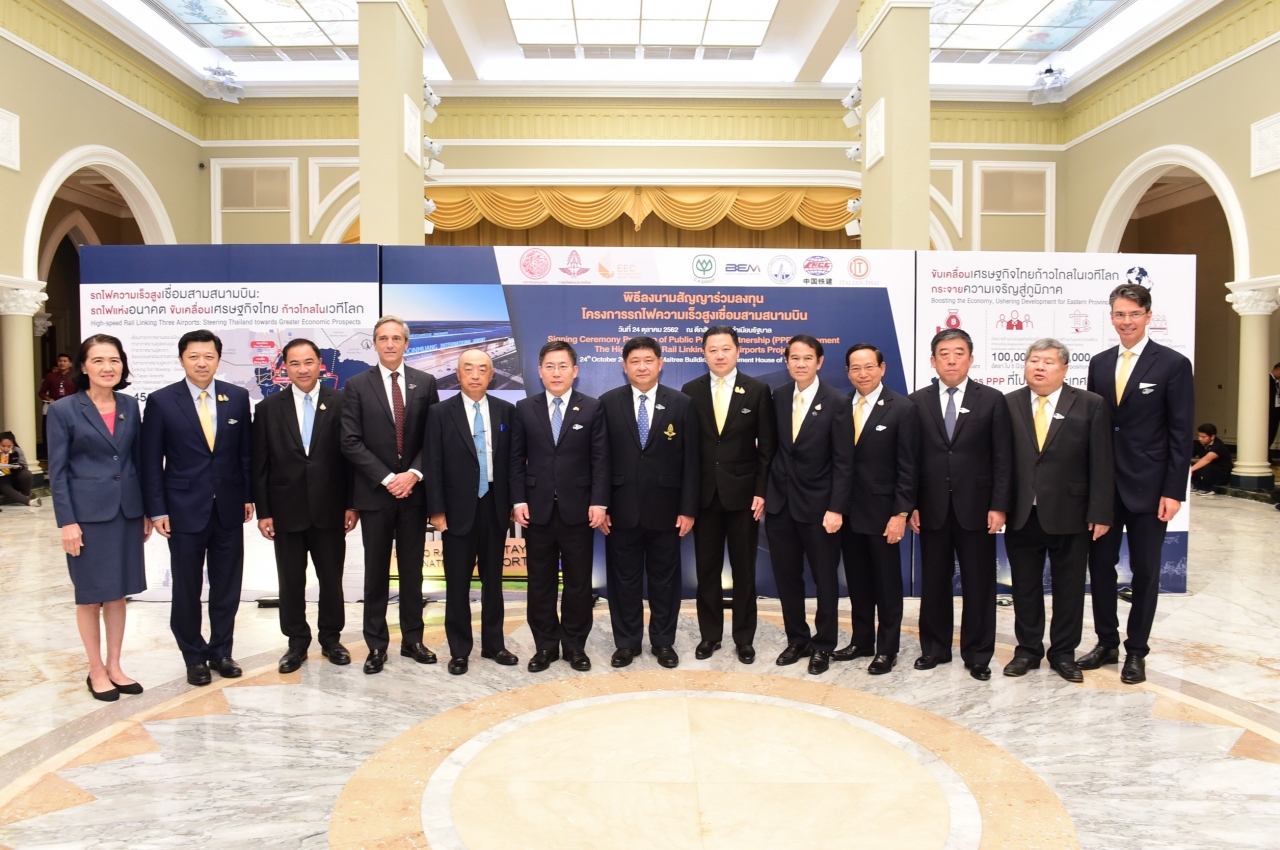 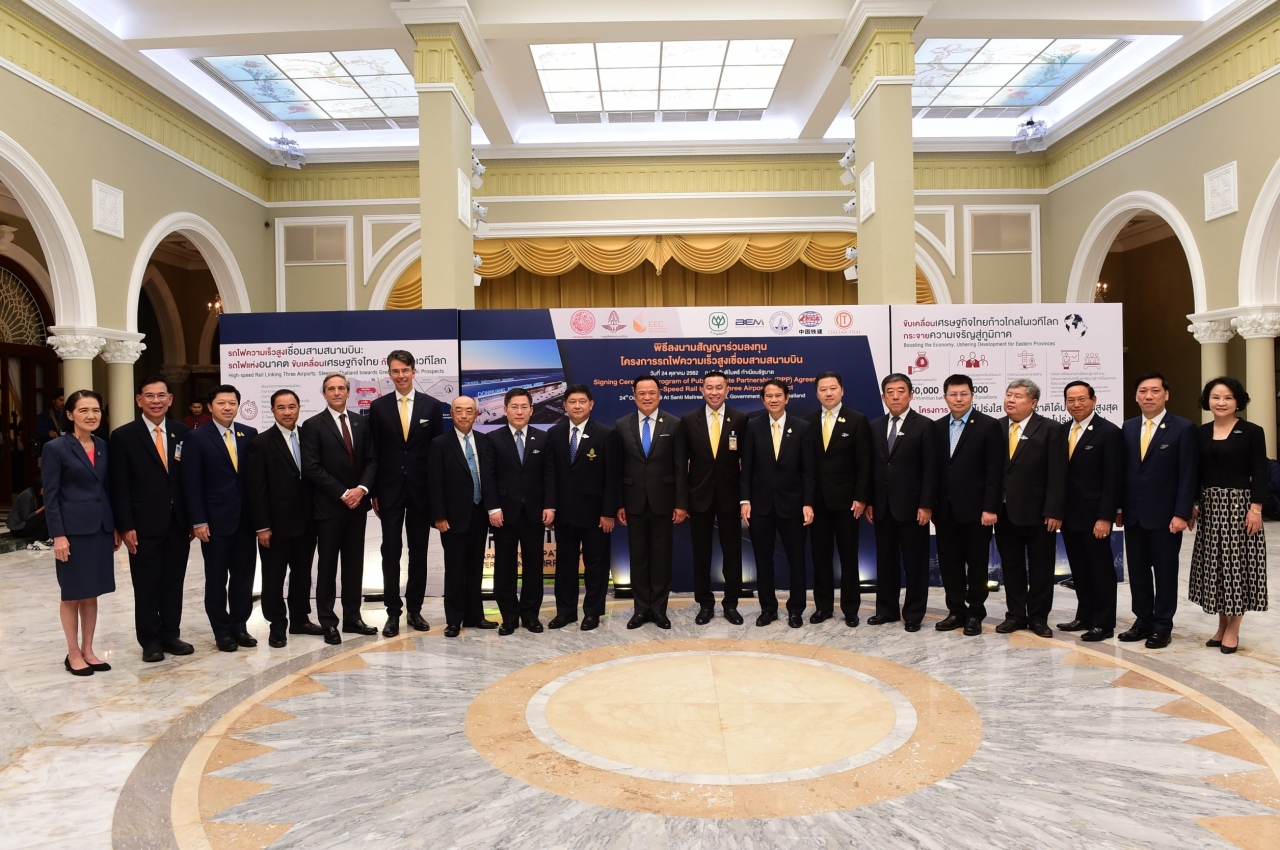 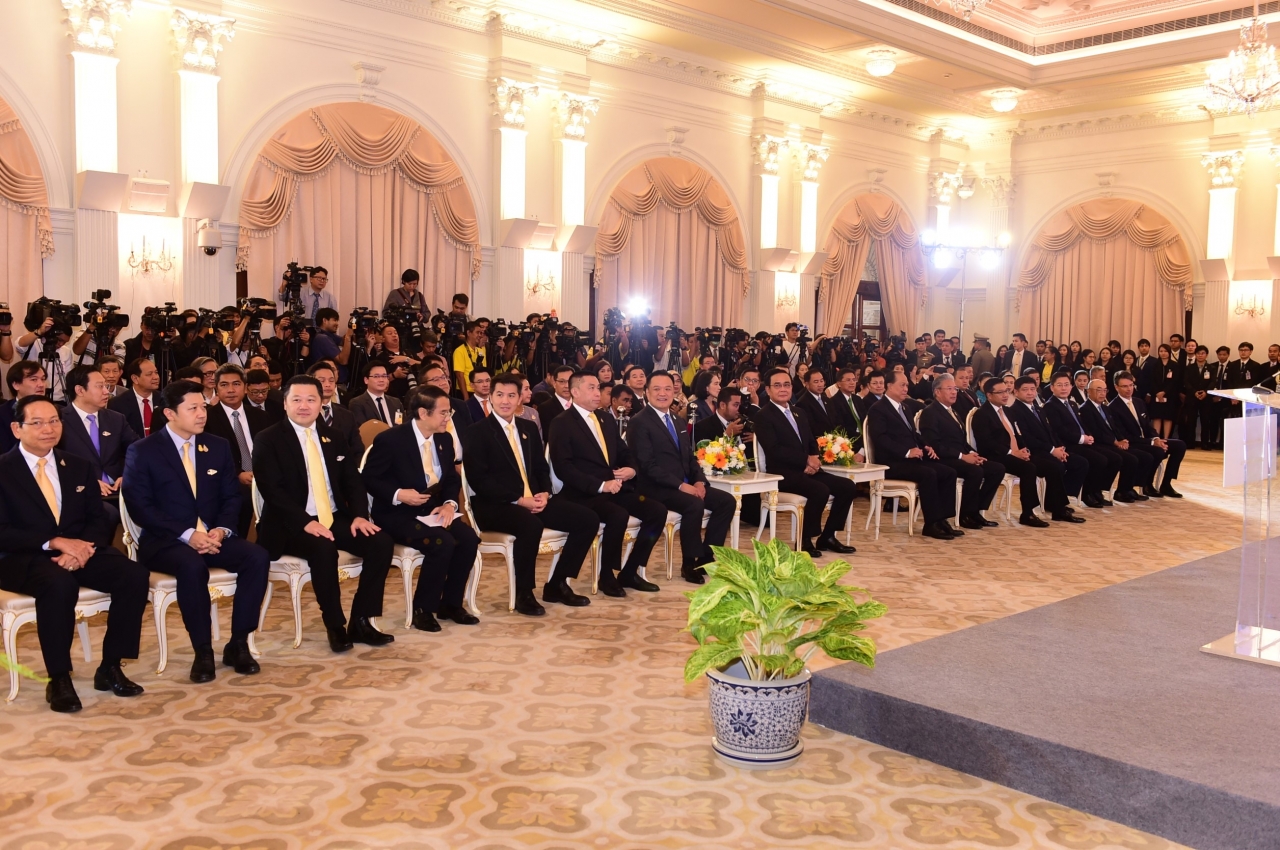 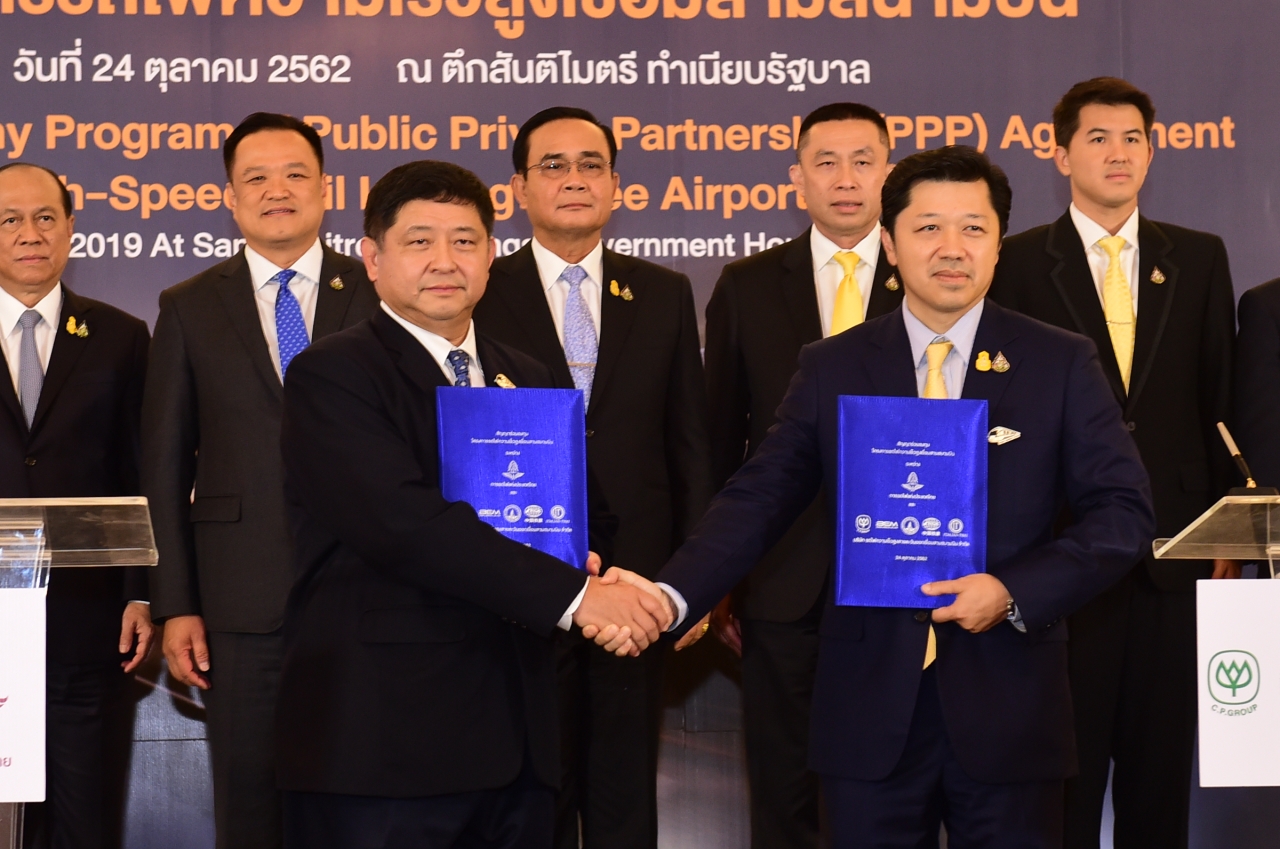 Mr. Voravuth Mala, Deputy Governor of the Property Management Group and Acting Governor of the SRT, stated that the signing of this agreement is another important step of Thailand's infrastructure development under the strict supervision of the EEC Policy Committee. This is the first time the Royal Thai Government developed the high-speed rail project under the public private partnership program with PPP Net Cost of 224,544 million baht. The country will get optimal interests from the concession agreement with the budget approved by the Cabinet of 119,425 million baht (current value). As a result, the private sector proposed the budget of 117,226 million baht (current value). This helped to save expense of up to 2,200 million baht under the 50-year PPP agreement. Furthermore, all assets will be state ownership at the end of the agreement. 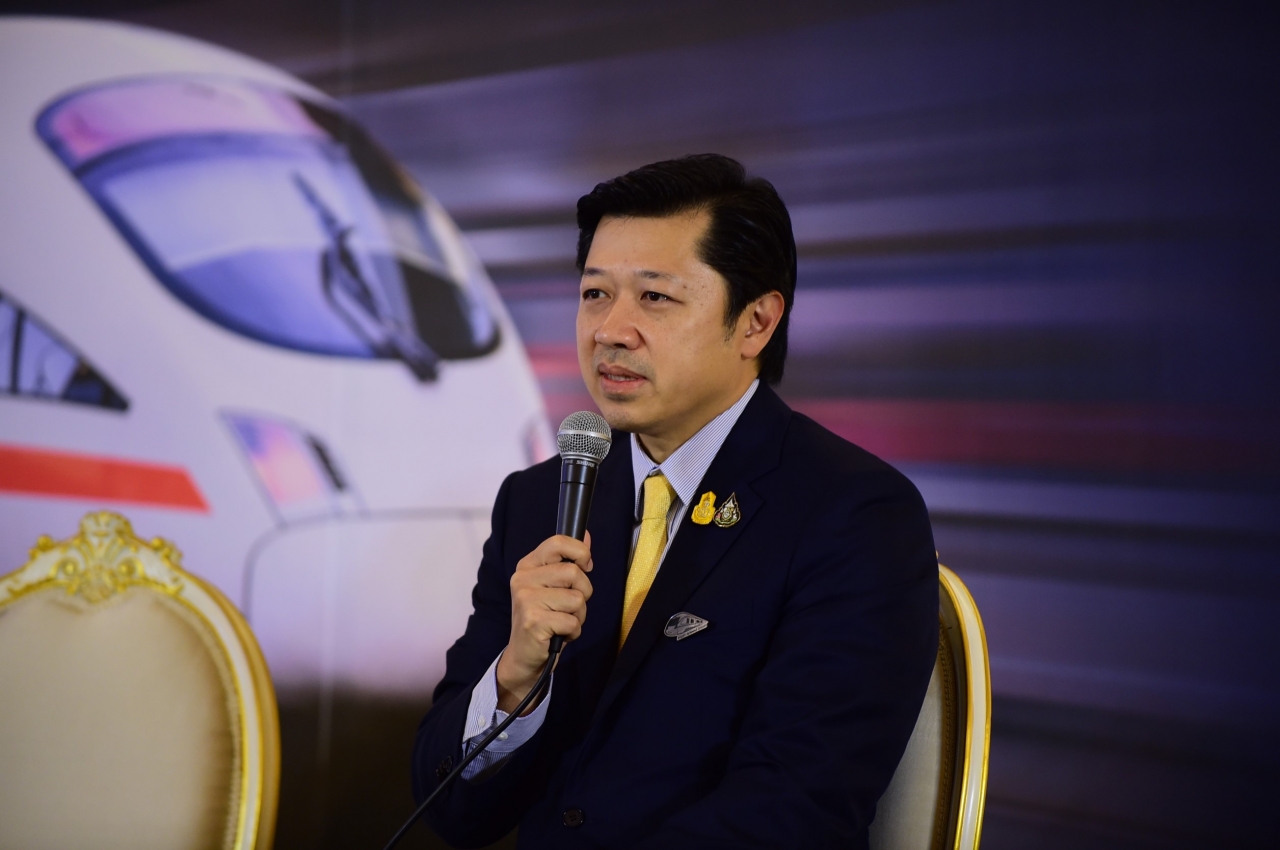 Mr. Suphachai Chearavanont, CEO of CP Group, on behalf of CP Holding and strategic alliances, stated that he is honored and very proud to have the opportunity to invest in the development of the High-speed Rail Linked 3 Airport (Don Mueang-Suvarnabhumi-U-Tapao) Project. CP Group collaborated with joint venture partners, namely China Railway Construction Corp. Ltd. from the People's Republic of China, Bangkok Expressway and Metro Plc., Italian-Thai Development PCL, and CH Karnchang PCL to establish the "Eastern High-Speed Rail Linking Three Airports Co., Ltd.” as an agent to sign the PPP agreement. After signing this agreement, he will accelerate the management of Eastern High-Speed Rail Linking Three Airports Co., Ltd. to conduct field exploration and design, negotiate with contractors and suppliers, as well as speed up the construction plan and project implementation immediately. 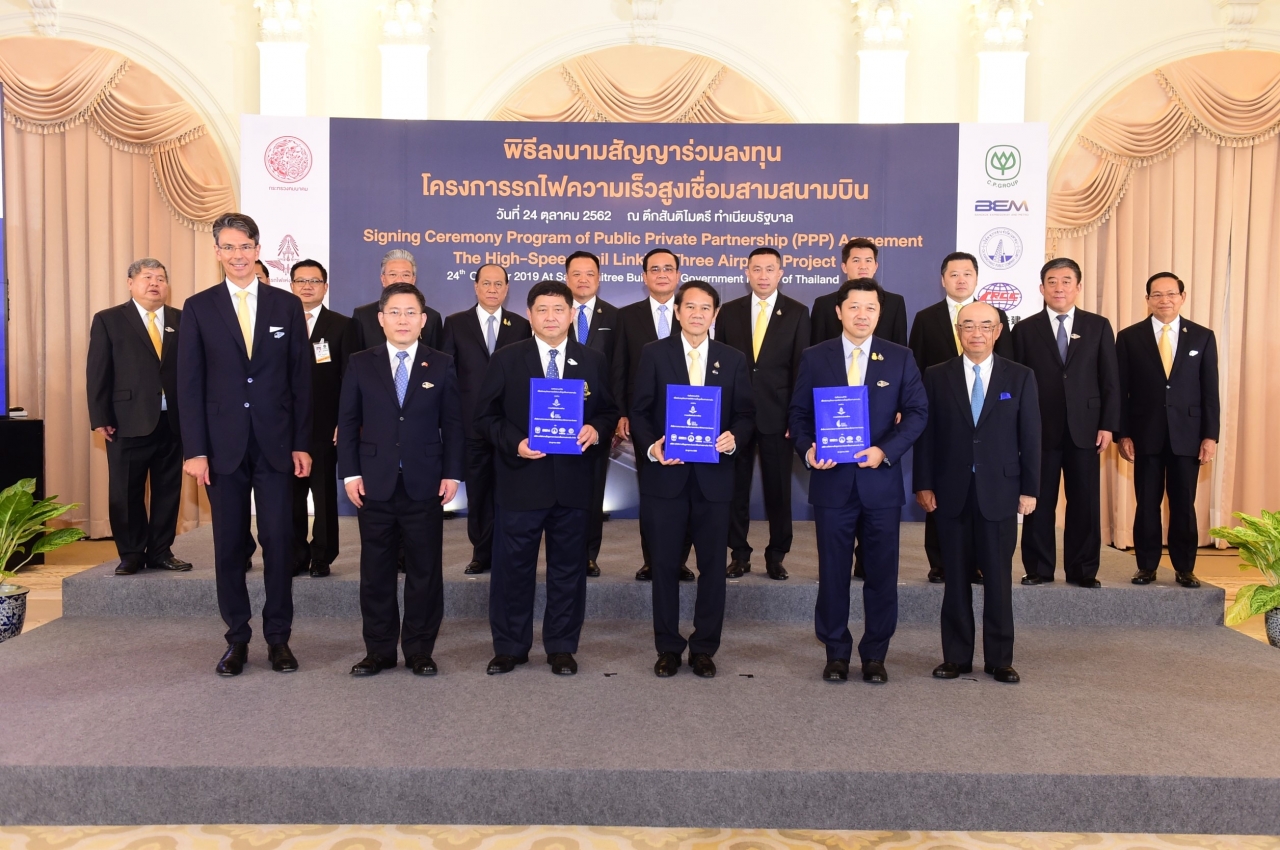 The High-speed Rail Linking Three Airports is expected to open for public in 2023. When the project completes, it will promote city development around the station, bring prosperity to the community, and generate income among local residents. With an economic return of approximately 650,000 million baht, it is a key to boost the Thai economy in response to the Thailand 4.0 Policy. It also results in employment during the construction period of up to 16,000 positions and employment in related businesses of more than 100,000 positions in the next five years. This also helps to expand opportunities for Thai people to learn how to work on the project with advanced technology continuously and develop them into the highly skilled and capable personnel with competitiveness at an international level. 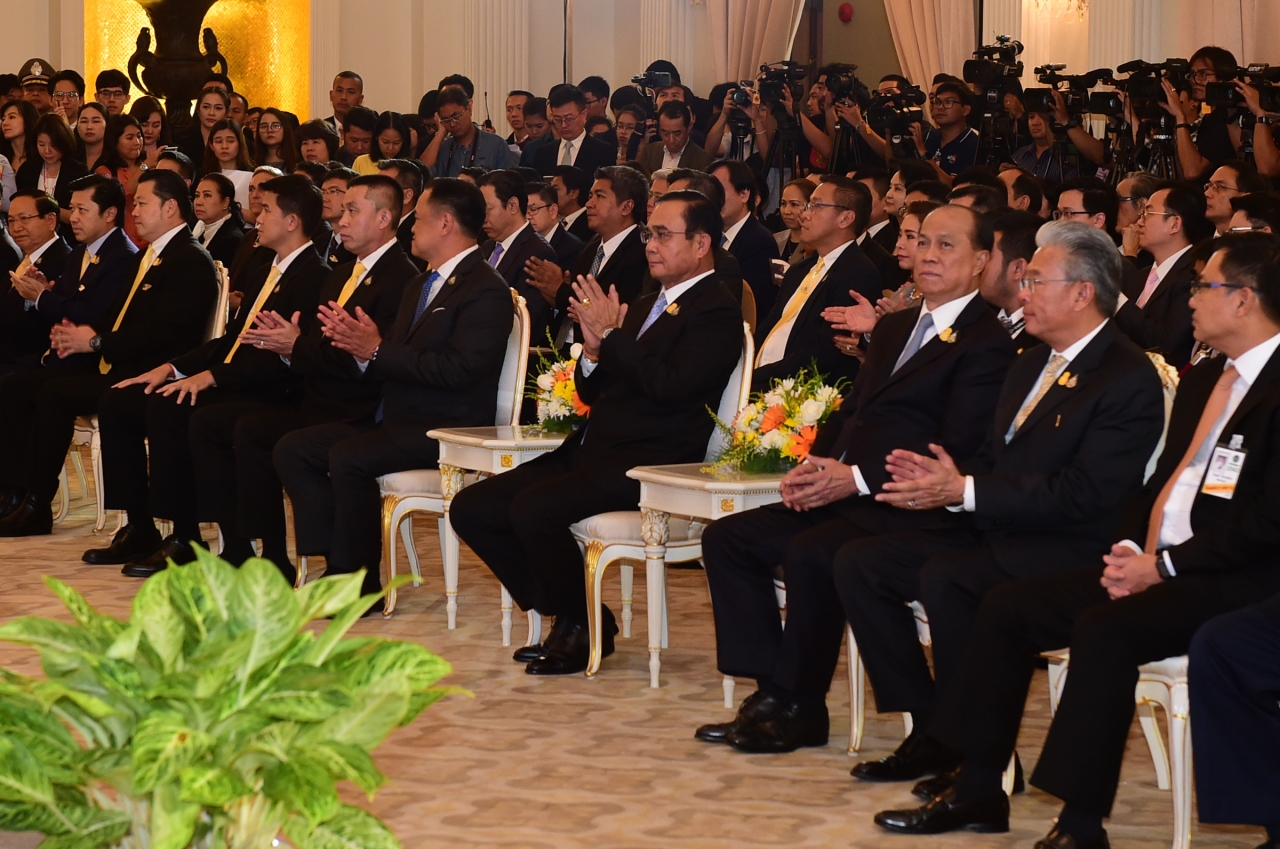 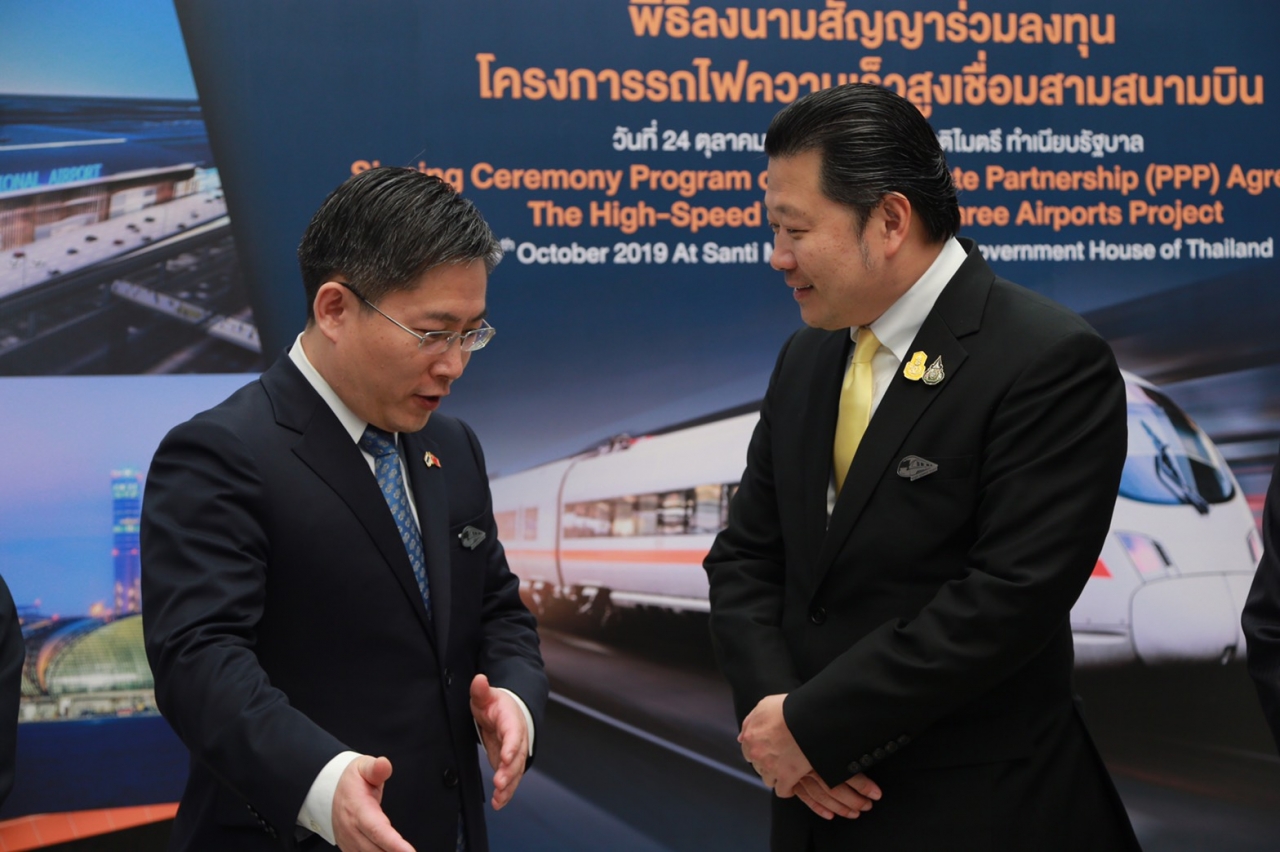 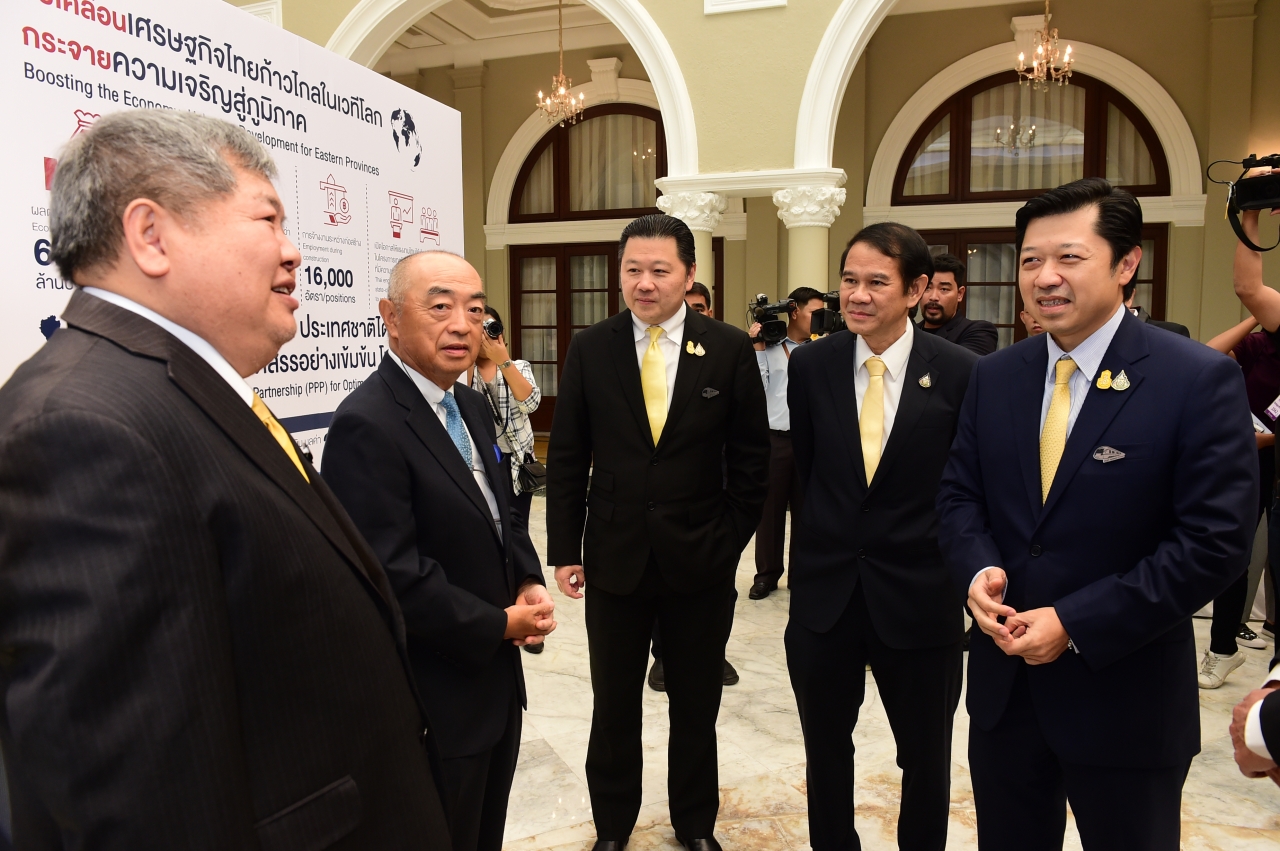 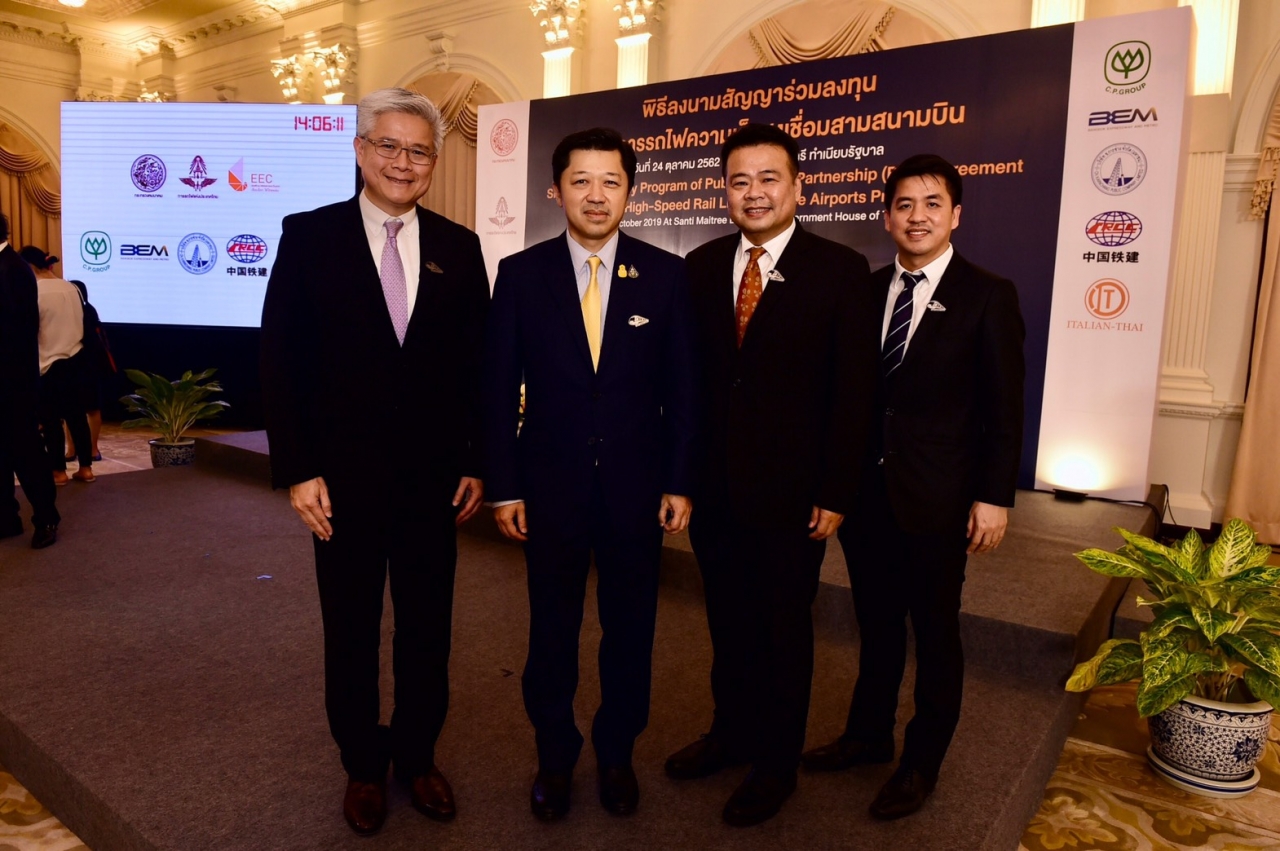 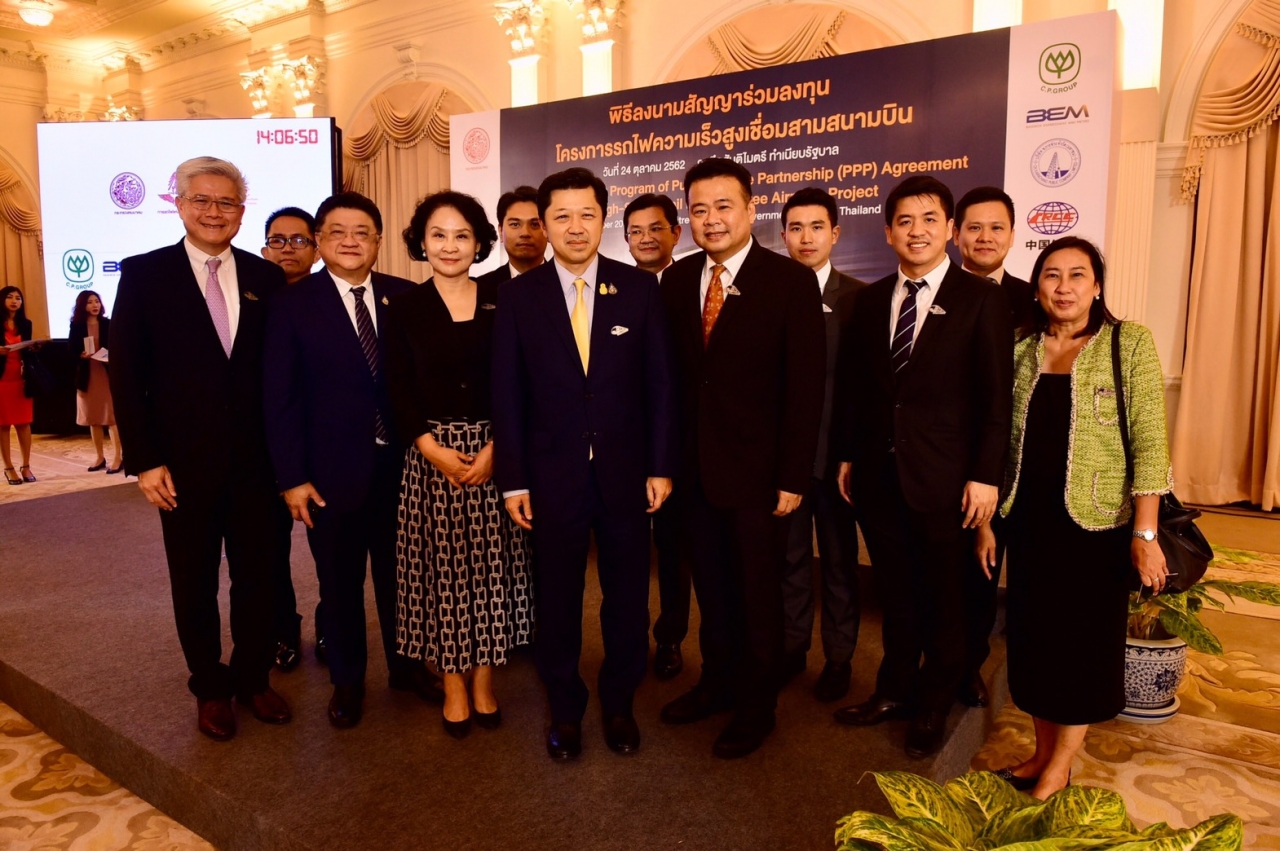